The project will look at the effects of a dog-assisted intervention:

Can pets play a significant role in improving children’s academic success and their well-being?

Studies have found promising beneficial effects, for example, of dogs on humans, but others lack scientific rigour and there is some contradictory evidence (Kazdin, 2010; Herzog, 2011). Despite this, animal-assisted interventions (AAI) are already
in use, often unsystematically, in many educational settings world-wide. It is also unclear which mechanisms underlie potential beneficial effects like improvements in mood, behaviour and/or academic abilities. The extent of AAI’s effects is also
unclear (see Herzog, 2011, McNicholas et al., 2005).

Can we show changes in children’s physiological, motor, psychological, social-emotional and/or cognitive behaviour? If yes, how are these affected and how do they correlate? We also need to ask if child-related variables influence AAI – does it work
equally well for all children or are there differences, for example, for children with average versus low socio-economic status (SES), or for children with behavioural/learning disabilities, or for those who already own a dog? Furthermore, for successful
and cost-effective implementation of AAI it is vital to know if classroom-based interventions work as well as individual interventions. In sum, there is an urgent need to produce robust, reliable and valid assessments of the potential effects of
pets on children’s well-being and academic ability.

Why might dogs have a beneficial effect on humans?

From an evolutionary viewpoint, humans’ long joint history with dogs could be seen as enabling adaptation to a mutually beneficial relationship (Serpell, 2010). Theory suggests that humans provide food, shelter and safety for the pet while the pet
contributes to the human’s health and well-being and to their feelings of social-emotional support and safety (Collis & McNicholas, 1998). Exploratory work has included research on the role of pets in child development, with both typical and atypical
populations, and in various adult populations. Most effective benefits may occur with dogs both own and unknown, over other animals (Friedman & Son, 2009).

Concerning psychosocial and behavioural factors, children show more empathy after being around a pet and children with pets seem to have more self-esteem than their peers. Pets are also seen as family members and can help children overcome anxiety
and isolation (Melson, 2011). It has been suggested that children with behaviour problems and from deprived backgrounds may be taught empathy through education, exposure and direct experience with animals (Jegatheesan, 2012; Schuck et al., 2013).

Academic improvements were found especially in reading with dogs (see LeRoux et al., 2014), but interestingly, cognitive improvements were also found in individual interventions with children when a dog was present during problem-solving tasks (Gee
et al., 2010a), instructions were followed better (Gee et al., 2009) and their memory and categorisation abilities were enhanced (Gee et al., 2012a; Gee et al., 2012b; Gee et al., 2010a; Gee et al., 2010b). Children have also been shown to be more attentive and calm in class-room situations when a dog is present (Kotrschal & Ortbauer, 2003), thus providing a more enabling learning environment. Recently, positive effects on students’ emotions and on exam performance have been reported if dogs
were present before exam start, thus suggesting that group interventions could be effective, however, conclusive research on the topic is only just starting to appear (e.g. Pendry, 2015.).

However, so far, research is limited concerning the effects of AAI on cognitive skills, like language, categorisation, memory and executive function. Research on typically developing children and those with special needs with differing SES is also
sparse (Westgarth et al., 2010). The role of dog ownership and gender is often unclear and there may not be any effects of these factors (e.g. Meints & de Keuster, 2009). Furthermore, it is unclear if individual interventions work better than group
interventions.

We would like to thank the following schools for helping us with this pioneering research and for taking part in our project. Without their kind and generous help, this project would not have been possible.

All of the dogs are:

The photos below have been provided by our volunteer dog handlers: 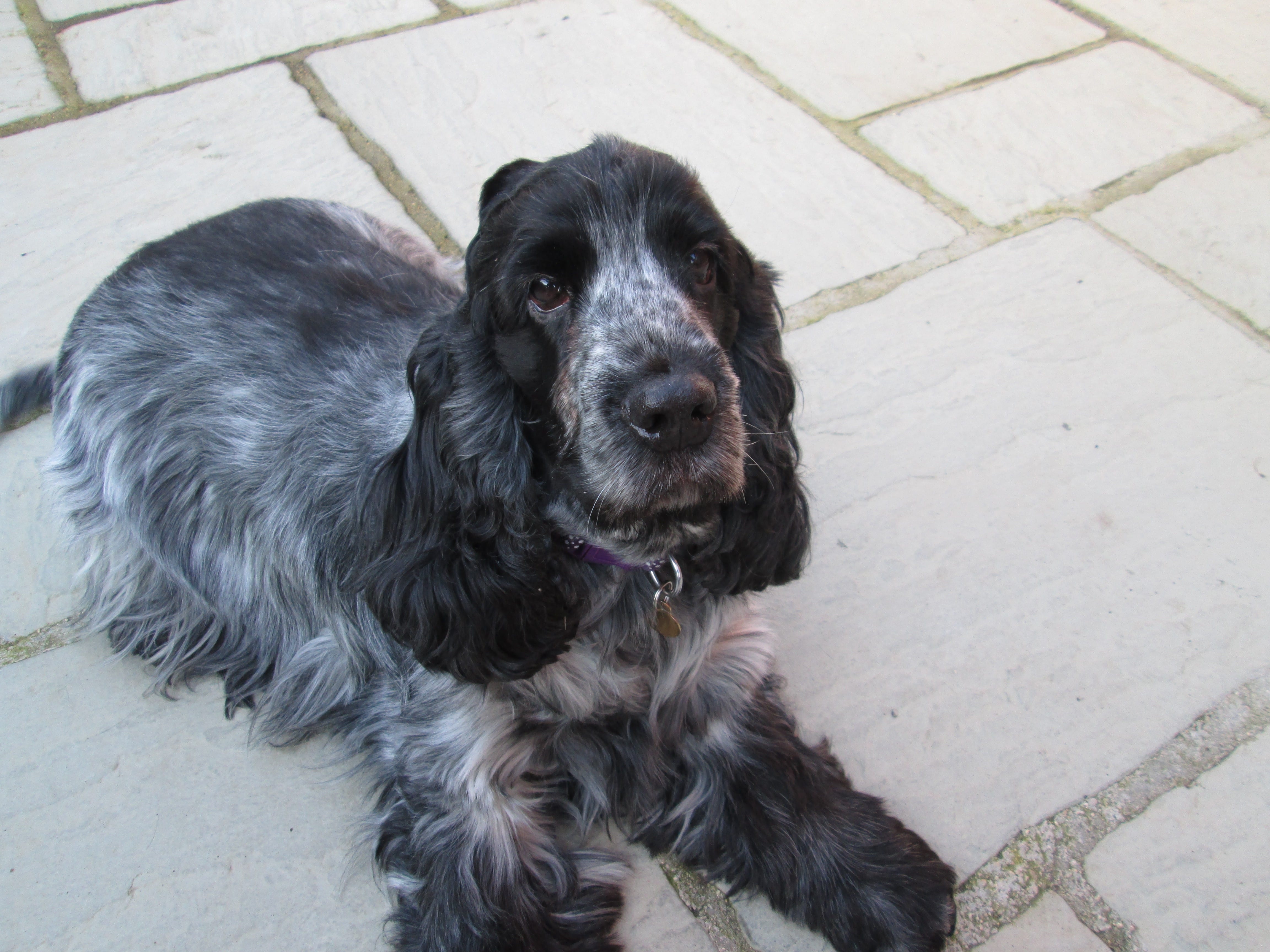 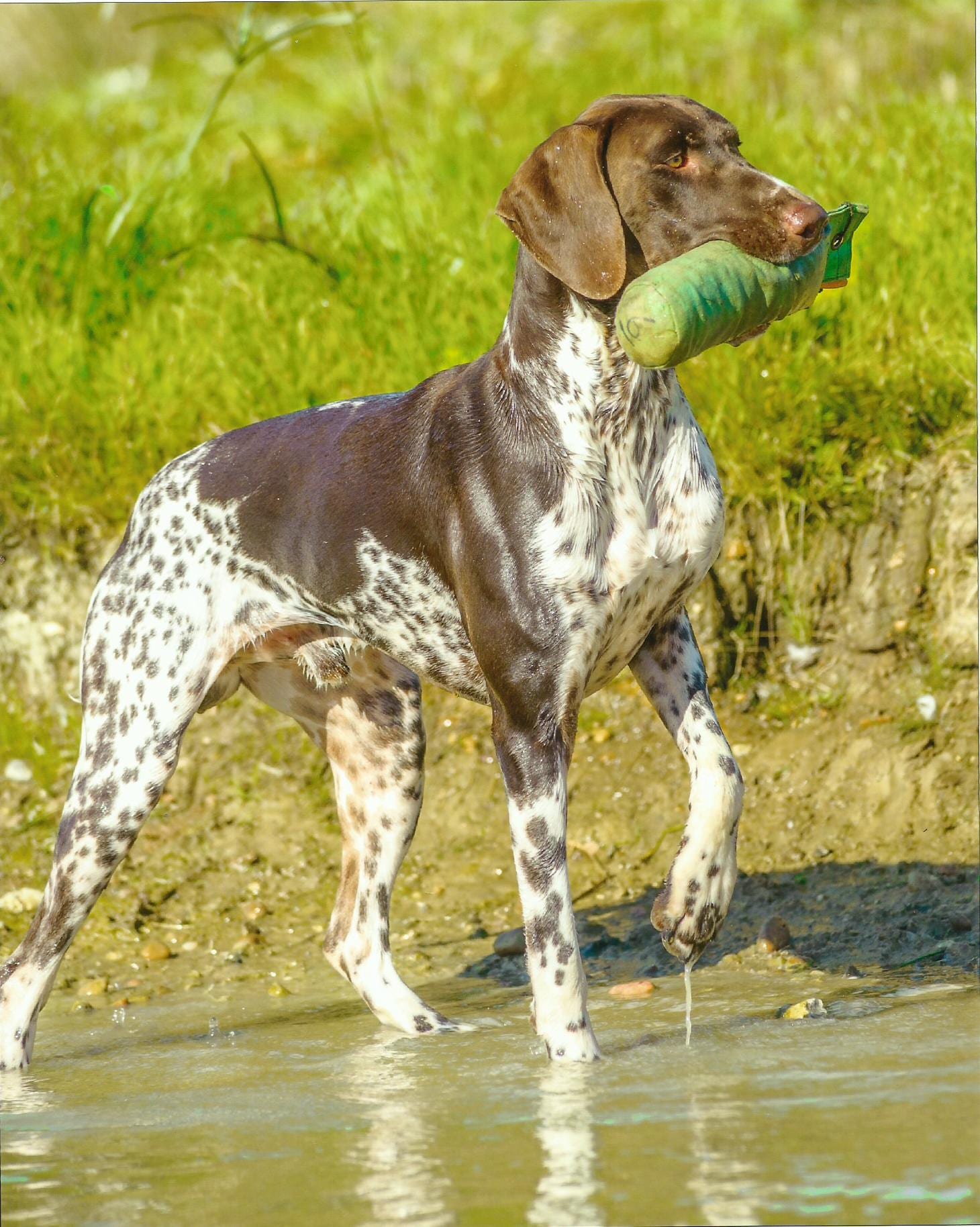 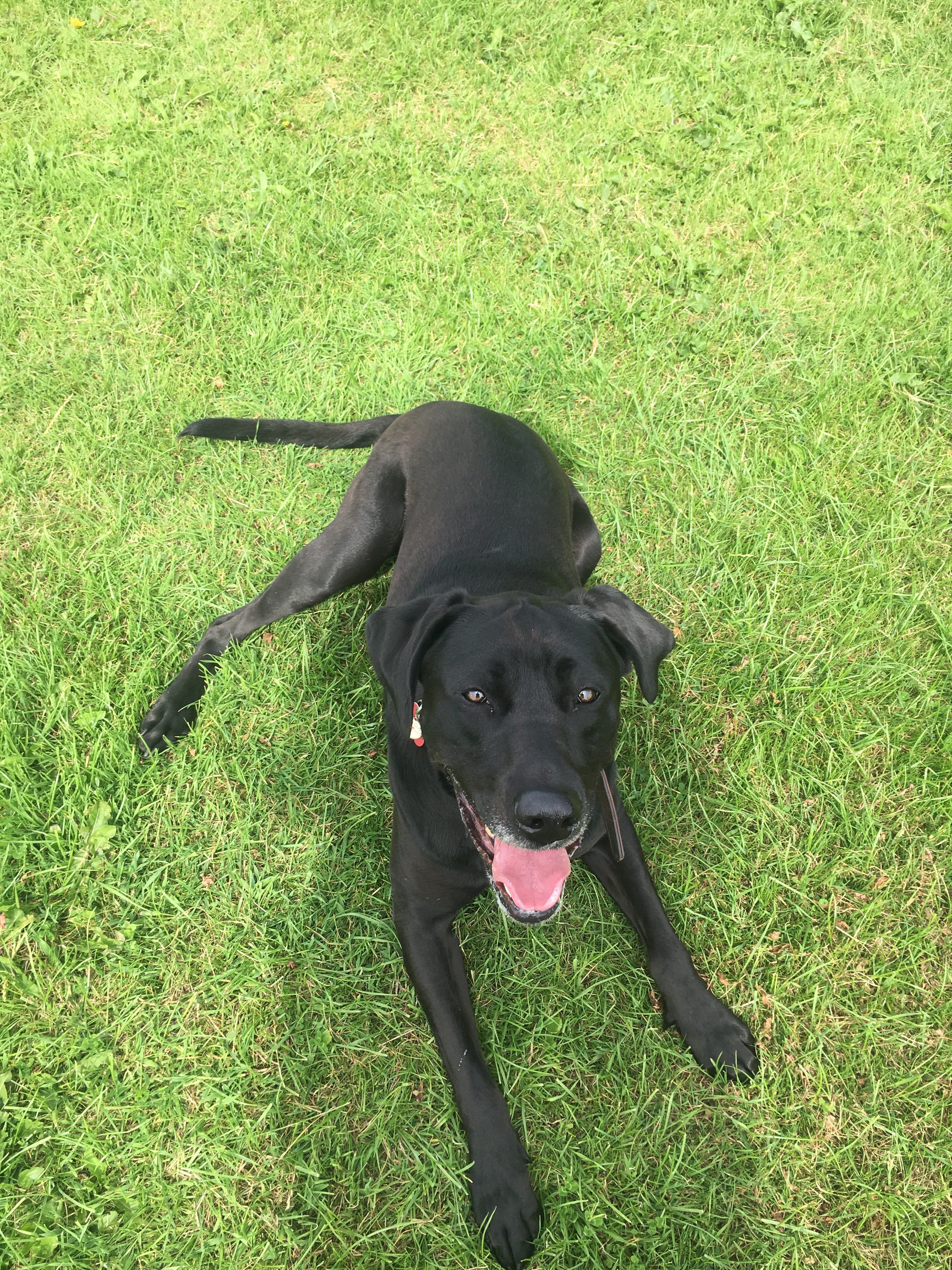 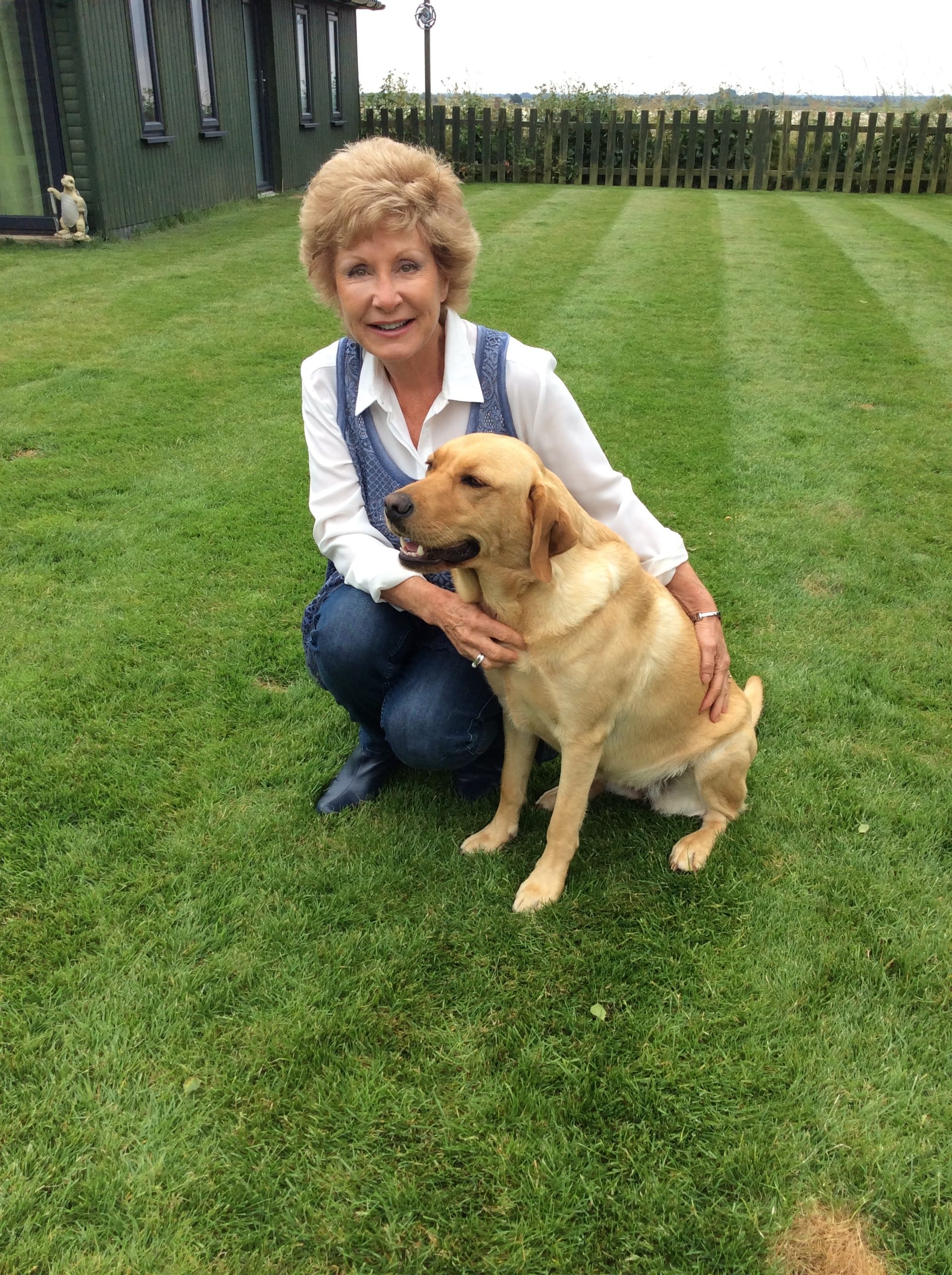 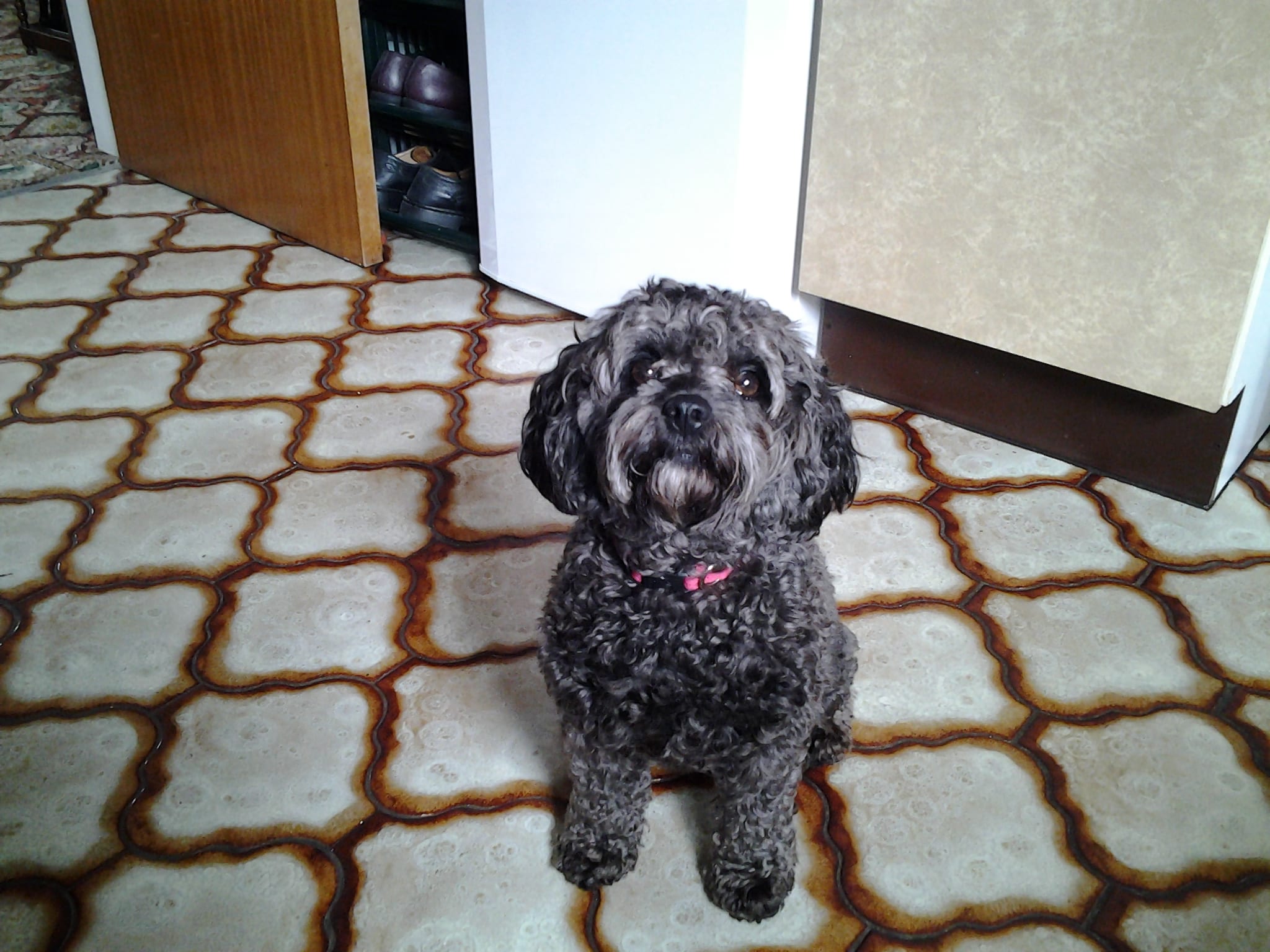 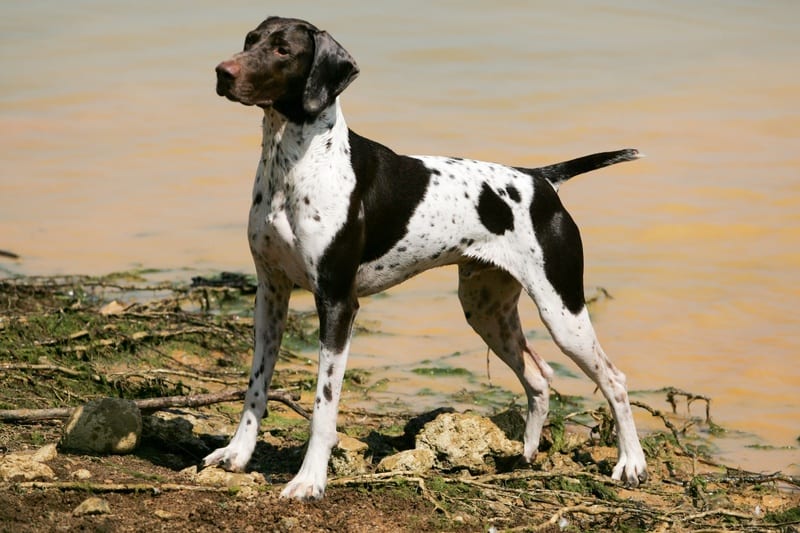 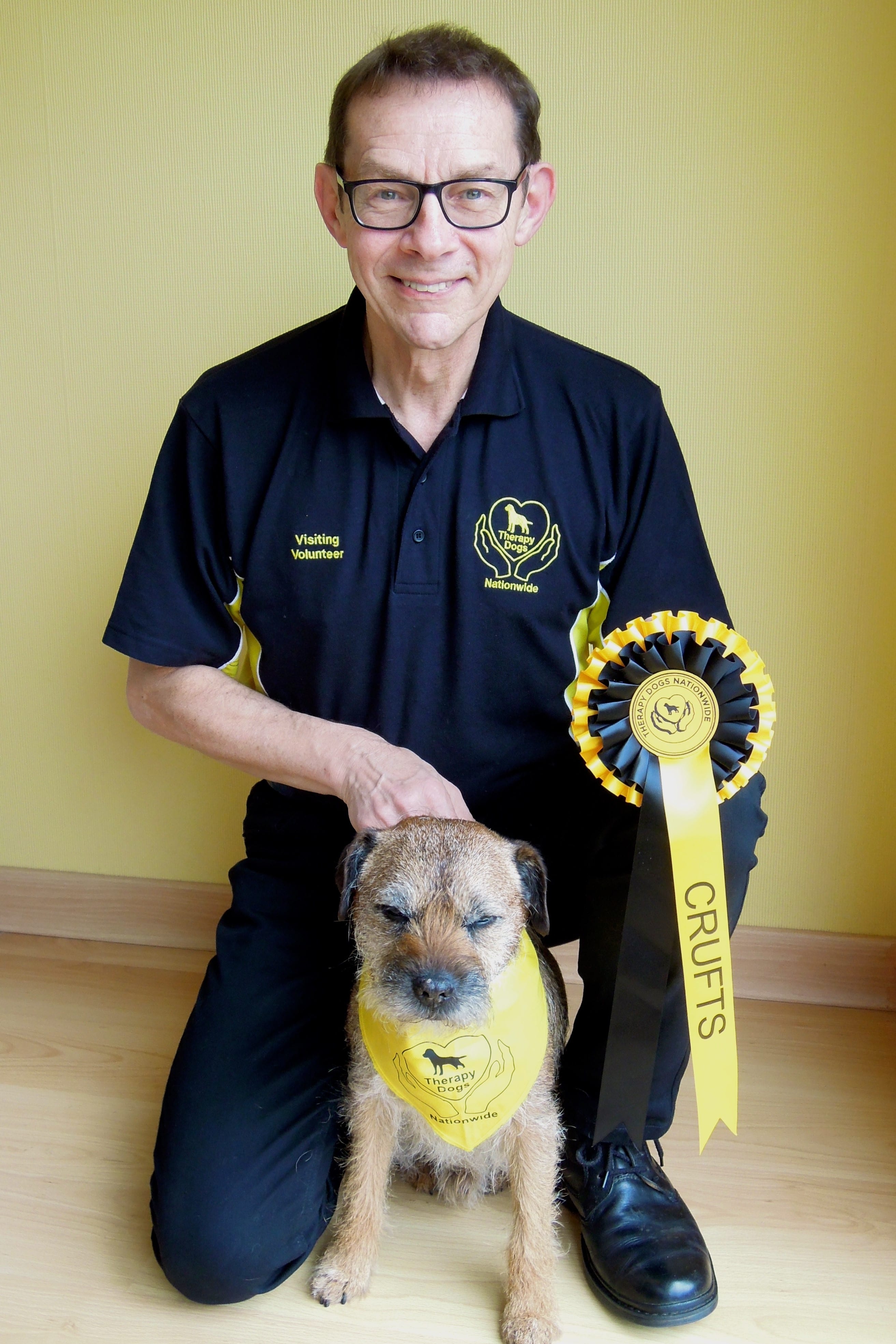 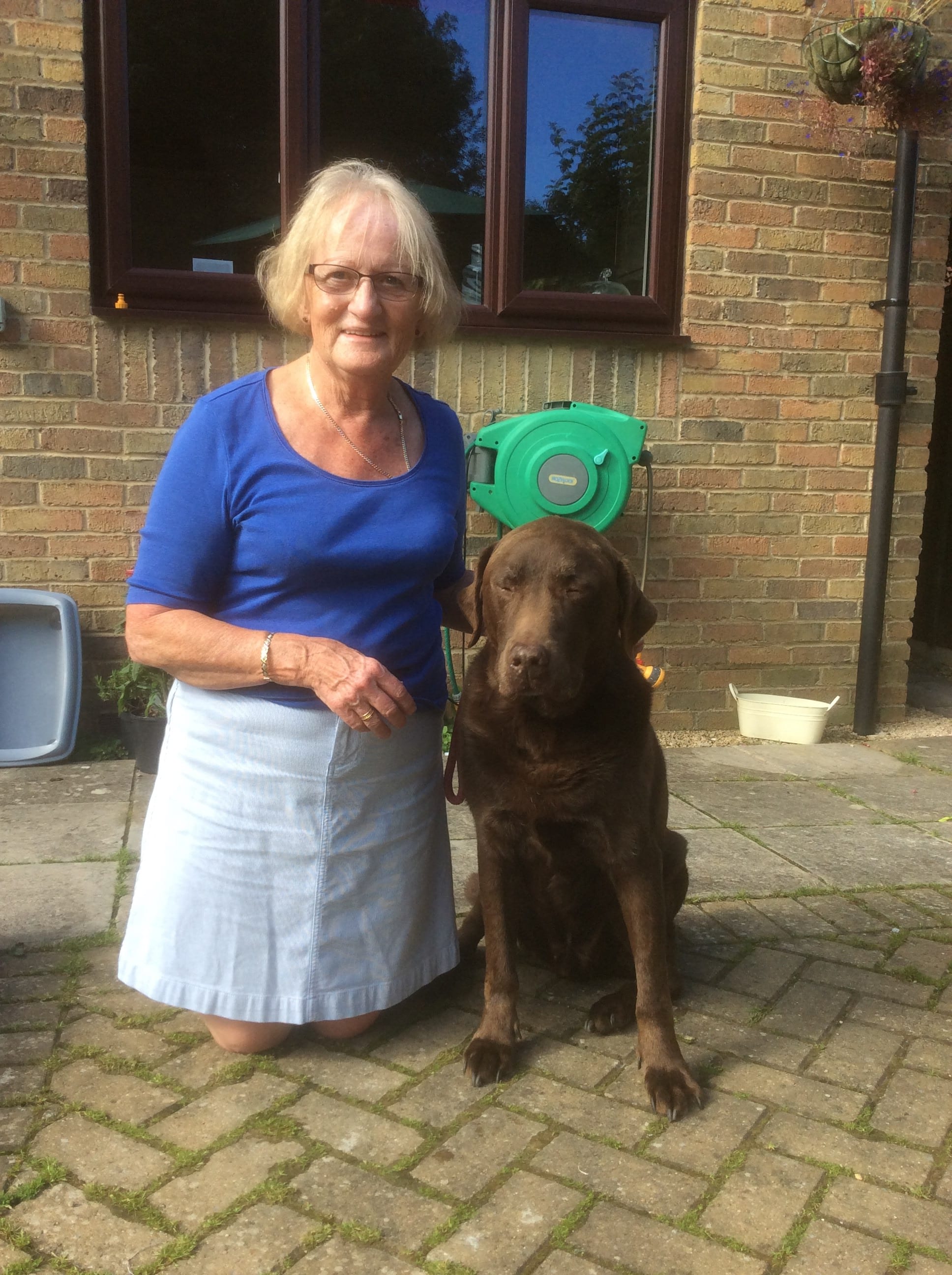 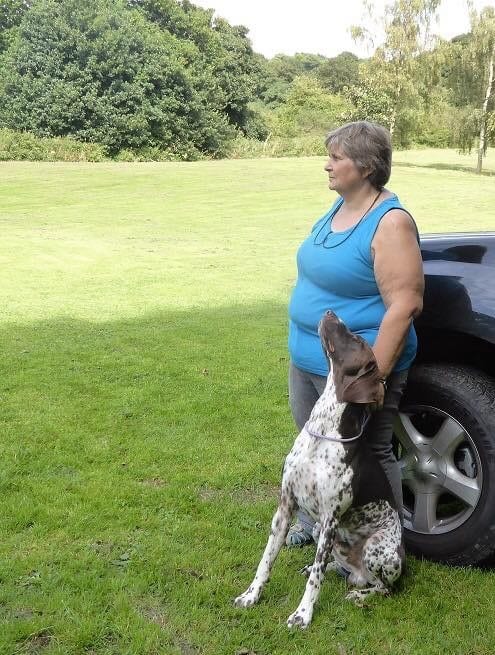 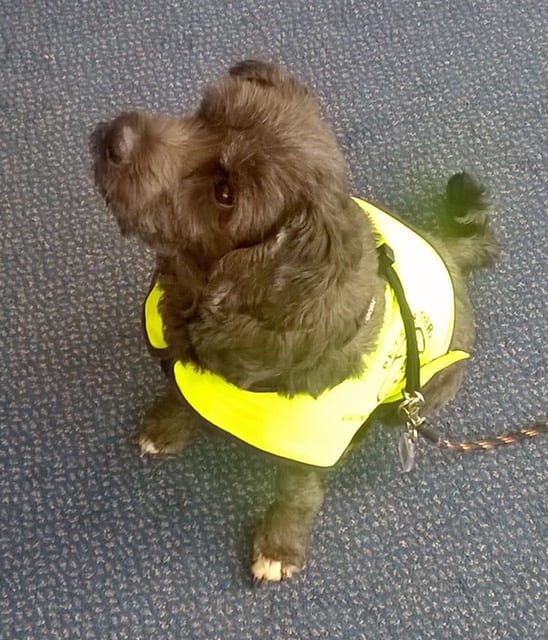 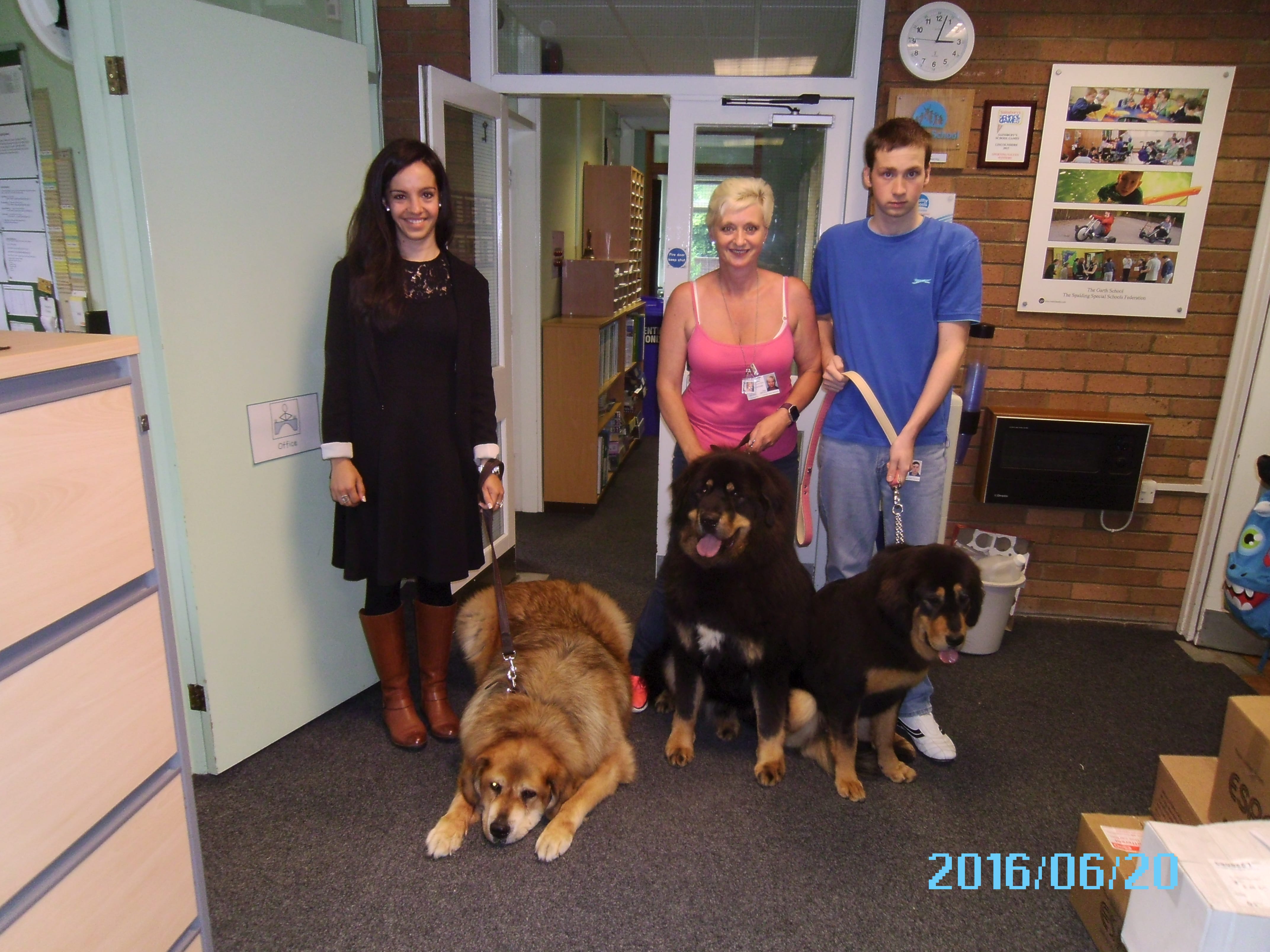 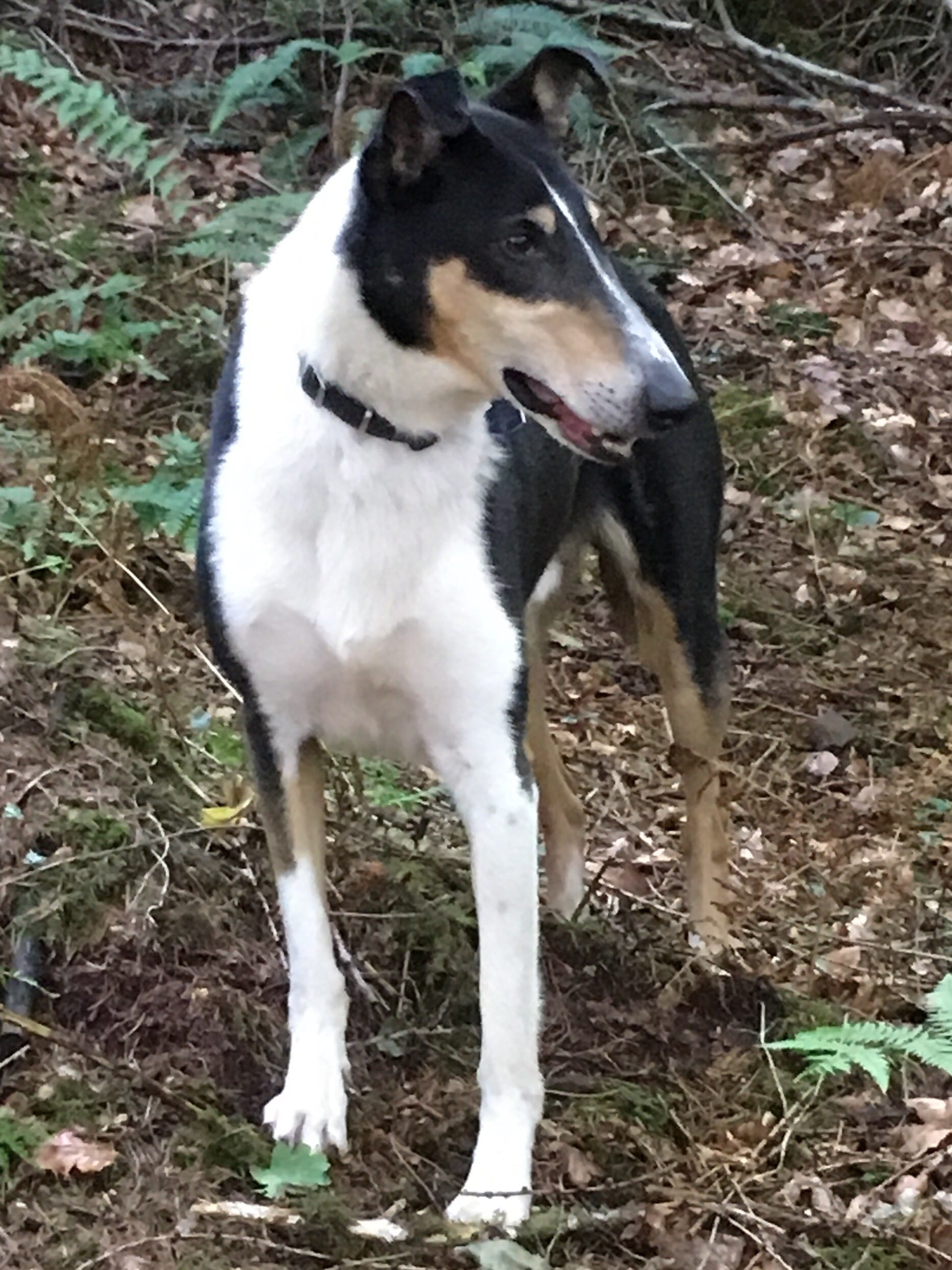 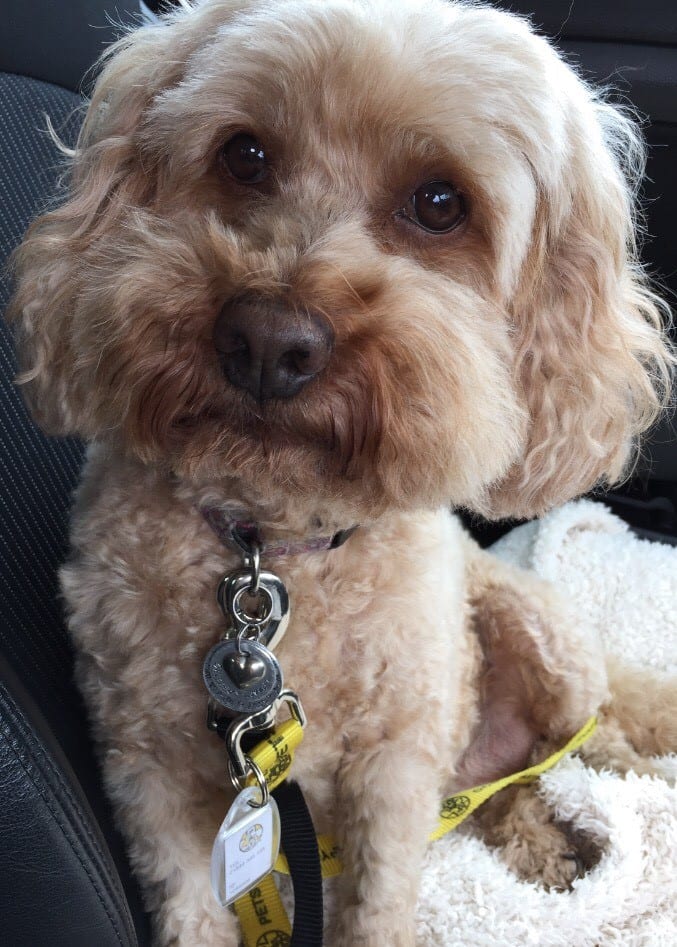 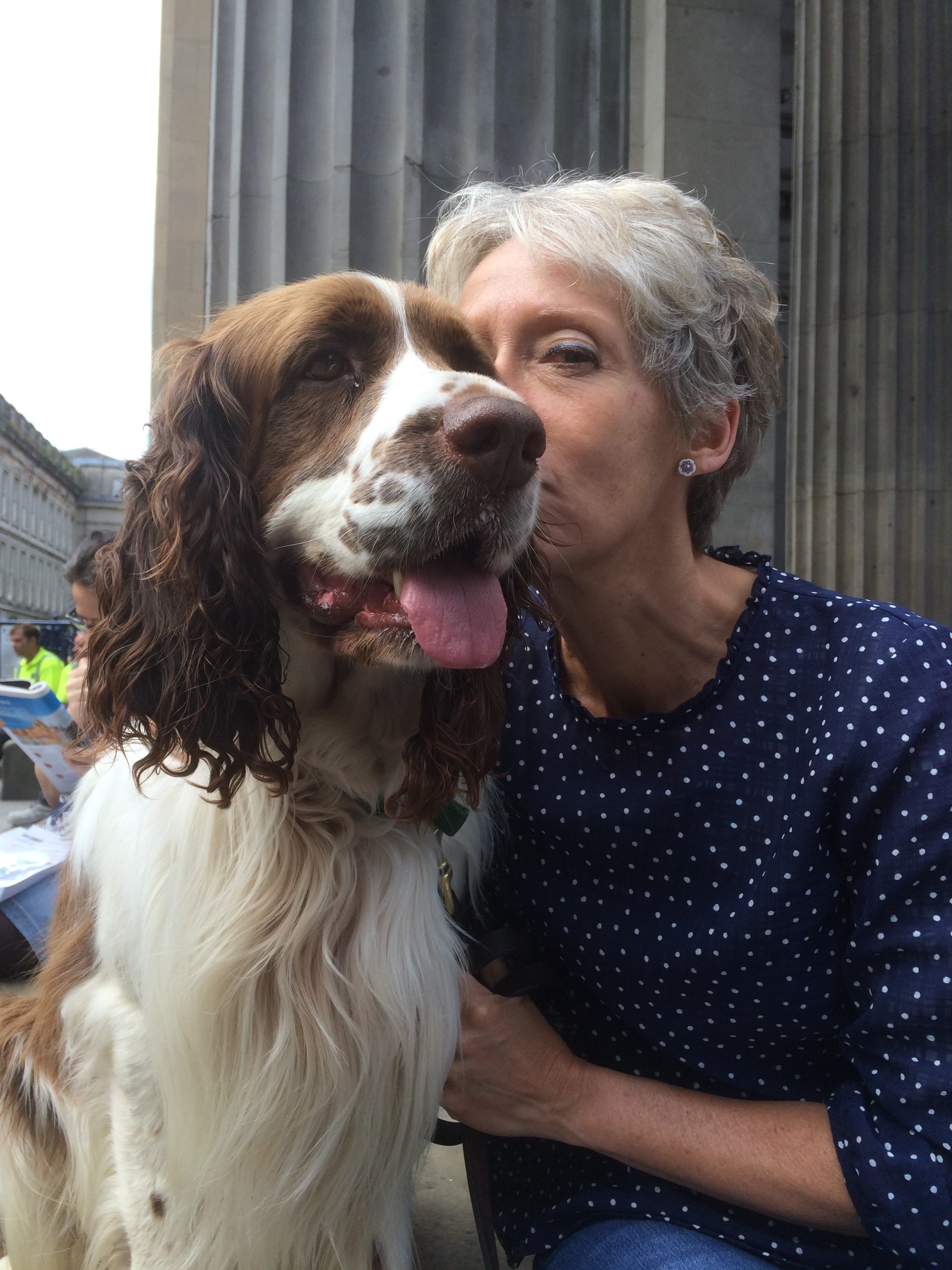 Our research is fully endorsed by…

Cortisol is a steroid hormone which is produced by hypothalamic-pituitary axis (HPA axis) which is released in response to stress. Therefore, measuring the cortisol levels is an efficient tool to assess stress levels in humans and animals.

Cortisol varies across a day, following a diurnal curve; it has a sharp rise in the morning, around 30 mins after awakening and then drops suddenly at first; followed by a more gradual decline as the day goes on. Therefore it is very important to measure cortisol levels approximately at the same time of the day to be able to compare cortisol levels.

In this study we are focussing on two types of cortisol levels:

Acute Cortisol level: A measure of the stress response to an event including for example an exciting or stressful situation. Although an increase in cortisol levels is released just a few minutes after exposure to a stressor, it takes an average of 22 mins for this increase to show in the saliva.

Cortisol can be sampled from blood, urine, faeces or saliva. Saliva is often the most commonly used method of collection as it is easy to use, only requiring people to either take swabs or to provide “drool” samples into tubes.

What can affect cortisol?

Cortisol levels can be affected by many medications, alcohol, nicotine, food (especially acidic food such as fruit), drink and exercise.

What is good practice when measuring cortisol?

Before giving cortisol samples it is good practice to:

Cortisol in the LEAD project

Why are we measuring cortisol in the LEAD?

We hope that the interventions used in the LEAD study (the dog intervention and relaxation intervention) may help children to relax. By measuring cortisol levels we may be able to see if this is actually the case.

When are we measuring cortisol?

In the LEAD study we are going to measure basal and acute cortisol levels.

How are we measuring cortisol?

We will measure cortisol from saliva samples, asking the children to spit into a sterile tube.
The tubes of saliva will be carefully labelled with anonymous codes to protect the children’s identities and they will then be sent for cortisol analysis. Once the samples have been analysed they will be destroyed.